Did you know? Skegness Pier 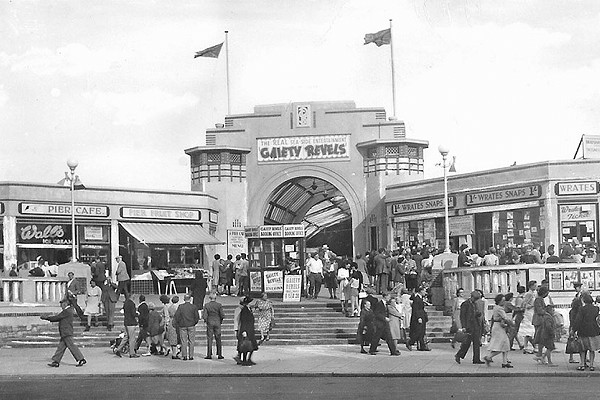 The original pier opened on on 4th June 1881 being a whopping 1817ft costing £20,840. It included a 700-seat saloon/concert hall at the ‘T’ shaped head. Between the years 1898 to 1939 the pier had many adjustments which included extensions and 'modernisation'.

During World War II the pier was closed in an attempt to prevent enemy invasion. It was then opened in 1948 after repairs were made costing £23,528. Fast forward to 11th January 1978, and the pier was hit by a severe storm which washed away two large sections of the pier and left the theatre isolated at the seaward end. With damage from the storm as well as a fire, the pier had to undertake substantial repairs.

Today the pier is the home of arcades, food and drink!

Did you know? Butlins Skegness

The History of the Jolly Fisherman...

Top 5 holiday providers in East Midlands - and three are in Lincolnshire!!!

The Scooter Rally was a SUCCESS

Did you know? Church Farm Village

Audio Tales: Explore The Stories and Sounds of East Lindsey

The Vintage On Sea Festival 2022 is calling all VINTAGE VEHICLE owners!!!