Did you know? Church Farm Village 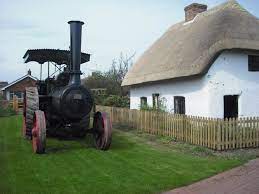 Church Farm Village was built in 1760 (making it the second oldest building in Skegness). Back then, the farmhouse was actually called Holly House, and the name of the farm wasn't changed to Church Farm until some time around 1890s, some one hundred and thirty years after it was built. In 1976, Church Farm Museum opened its doors for the very first time to the public.

Did you know? Butlins Skegness

The History of the Jolly Fisherman...

Top 5 holiday providers in East Midlands - and three are in Lincolnshire!!!

Did you know? Skegness Pier

The Scooter Rally was a SUCCESS

Audio Tales: Explore The Stories and Sounds of East Lindsey

The Vintage On Sea Festival 2022 is calling all VINTAGE VEHICLE owners!!!